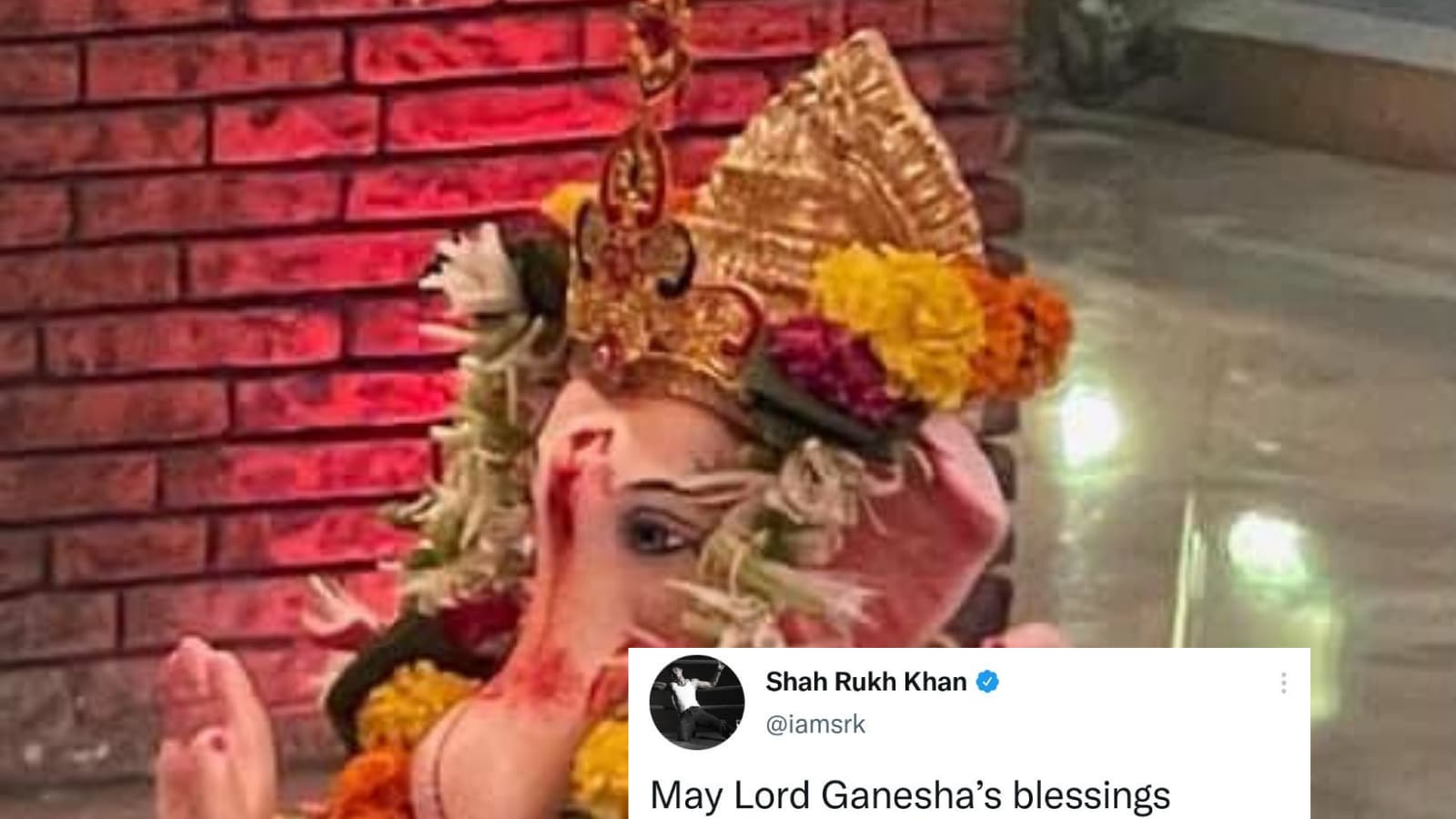 This is not the first time that Shah Rukh Khan has been the subject of such hateful comments. (Image credits: Twitter / @ iamsrk)

Shah Rukh Khan received hateful comments and some people questioned his faith after posting a photo of Lord Ganesha.

It was the last day of Ganesh Chaturthi Sunday. Many celebrities have taken to social media to wish everyone the last day of the festival. Among the celebrities was Bollywood superstar Shah Rukh Khan. He shared a photo of Lord Ganesha and wrote in his messages: “May Lord Ganesha’s blessings remain with us all until we see him again next year… Ganpati Bappa Morya !!!” Khan is known to enjoy a secular home. In a 2005 documentary – The Inner and Outer World of Shah Rukh Khan, Khan revealed that his children are open to all religions and recite the Gayatri mantra and offer Namaz with equal faith and enthusiasm.

Like most of his posts, this one also went viral, with most of his fans wishing him back. However, Khan also started receiving a ton of hateful comments from people questioning his faith.

I respect all religions but brother that’s hram I have Hindu friends I respect everything they do, But I don’t have to do everything they do Everyone has their religion I think your behavior is a little bad because in Islam it is not allowed to put anything with allah pic.twitter.com/EFBZD4ftHJ– | (@iuncb) September 19, 2021

Sir, what is this? Don’t you know that worshiping idols is a sin? There is no God except ALLAH and Muhammad, peace be upon him, is ALLAH’s prophet. You are responsible to ALLAH on the day of judgment. Remember, this life is very small compared to eternal life after death. Ask ALLAH for forgiveness – Shaik khaja ​​hussain (@ Shaikkh95193895) September 19, 2021

I’m sad for you. May Allah forgive you and show you the right path.

Abay don’t you know that there is one and only one GOD ALLAH, rest is the shirk and the punishment you know if you do shir Bhai Hindu ho qissa lhattam kr- Shahid (@ Shahid58101102) September 19, 2021

Some of his fans made sure to stand up for him in the comments.

Shah Rukh Khan is the most secular Indian I know. He celebrates all Indian festivals with enthusiasm. Spread love across the world and make INDIA proud

The pride of India

It is not the first time that he has been the victim of such hateful comments. In 2018, he shared a photo of his youngest son AbRam praying to Lord Ganesha’s idol on the auspicious occasion of Ganesh Chaturthi. Sadly, the comments section turned hateful, with several questioning Khan’s religion. Several commentators have come to criticize the superstar and many have asked Khan if it is right for him to worship an idol. SRK was not the only one to be targeted this year: Urfi Javed, an ex-competitor of the popular reality show “Bigg Boss OTT” was also targeted. This year, on the occasion of Ganesh Chaturthi, Urfi brought Ganpati Bappa to her home. When she uploaded the photos to Instagram, some of her followers started trolling her. Sharing the photo of her praying in front of an ornate Ganpati idol, Urfi said: “First Ganpati, Ganpati Bappa Morya at my house”. the post has so far over 62,000 likes and hundreds have commented on it. While the majority wished her a very happy Ganesh Chaturthi, some trolled her for “not adhering to her Islamic religion” and also for not wearing a scarf (dupatta) with the salwar costume.