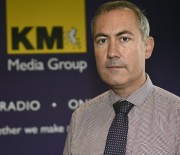 A news website confronted “hate-filled” Facebook users who used laughing emojis to respond to its report on the deaths of 27 asylum seekers in the Channel.

KentOnline has a policy of opting out of comments on Asylum Stories both on its own website and on Facebook due to the response they generate from some readers.

However, that can’t stop Facebook users from posting their reactions as emojis – 96 having chosen to post laughing emojis about the chain’s worst asylum tragedy to date.

As a result, the website and its parent company, the KM Group, decided to confront some of the people who posted such reactions, in an article that was widely praised across the industry.

KentOnline editor-in-chief Ed McConnell managed to engage part of what he called the “hateful little group” into a conversation despite being told to “jog” and ” f *** off “by several of them.

Among them, Ashford mechanic Ronni Pickering, who told him that asylum seekers are “rapists, murder (sic) terrorist nuncios and rob our country left and center because they come from **** all and have no moral “.

Ed wrote: “This is an explosion of appalling hatred and not backed up by any statistics.

“I ask him to show me any proof of his claims. He can’t but still tells me to “go and do my homework”.

Another reader, Steve from Chatham, said to Ed, “They should stay home and stop ******* coming here. Or do it following proper procedures, garbage bags. “

“Because of all the ***** my daughter cannot get a doctor’s appointment because there are too many here now which is straining our NHS. There are veterans in the streets when they are accommodated in hotels (sic).

The article was widely praised in the industry, with several prominent editors and journalists tweeting their approval.

Helen Dalby, Newcastle Headlines Editor at Reach plcs, wrote: “This is great journalism. It is also a terrifying read. The responses of some of those who laughed are woefully empty of humanity. What happened to the people behind the keyboards? “

Gareth Davies of the Bureau of Investigative Journalism said: “Comments on local media Facebook pages are often filled with bile and hate. Well done Ed McConnell and KentOnline for publicly confronting some of these people. More should do the same.

Editorial director Ian Carter, pictured, told HTFP: ‘We have had a policy of simply disabling comments, both on our own website and on Facebook, on asylum stories because we know the response they will generate.

“What we can’t do is prevent people from posting reactions in the form of ‘laughing’ emojis – and that’s what happened with the story of the Channel tragedy. last week.

“I have never been comfortable with the stifling debate because it is an important and complex issue and especially in Kent. It’s absolutely not our job to tell people what opinions they should have, but it’s important to cut the noise on social media and present them with the facts.

“That was the idea behind the decision to confront some of those who had laughed at the loss of life – we wanted to understand how they got to a point where they felt comfortable enjoying the tragedy.

“KentOnline editor-in-chief Ed McConnell did a great job of engaging in conversation with some of them, even though, perhaps, inevitably, they all doubled down on their point of view.

“The response to today’s story, however, has been encouraging and a reminder that there is still much more good than harm.”

Logitech donates $ 100,000 to the Gay and Lesbian Alliance Against Defamation