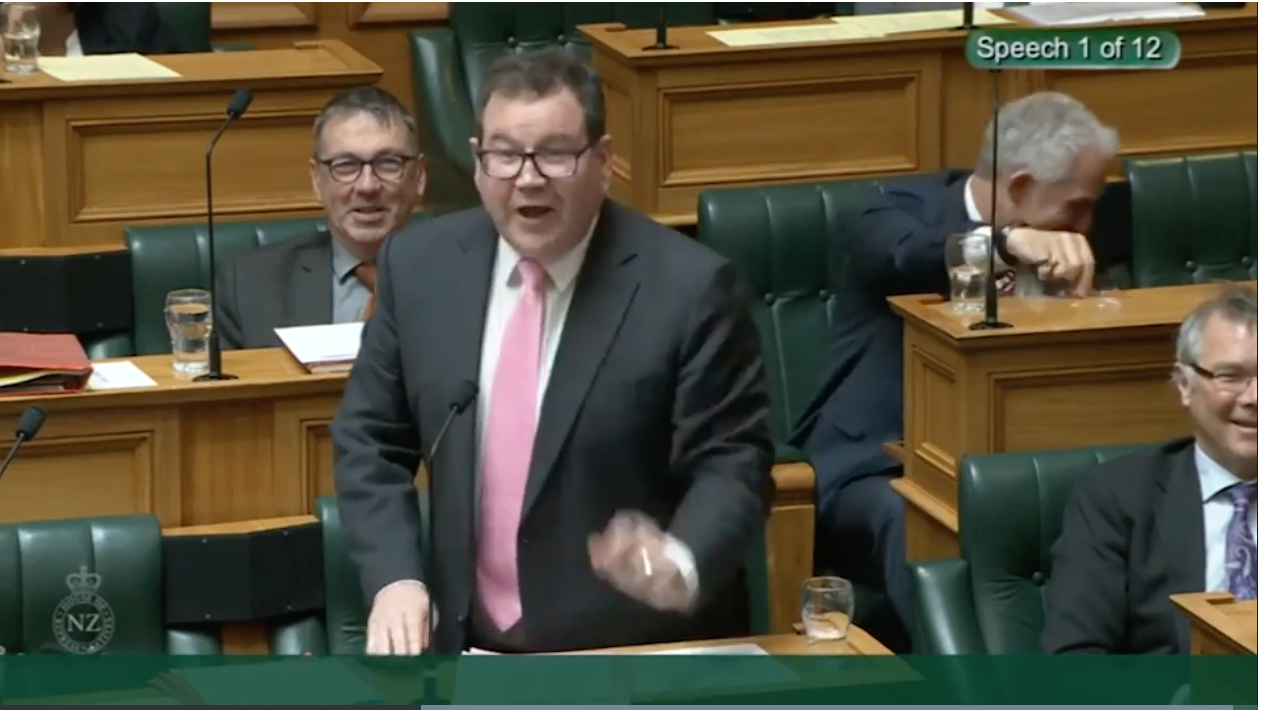 Deputy Prime Minister Grant Robertson delivered a ruthless but hilarious roast of the National Party and its recent woes in front of National Members of Parliament.

Speaking during the general debate in Parliament, Robertson lashed out at National over recent revelations that Todd Muller was forced to resign after his leader Judith Collins learned he had disparaged Harete Hipango on the website from the press room.

Look, National’s Grant’s roast was hilarious and totally on the money.

The cavalcade of political circus freaks inside National who all imploded because they turned on their own in a fragile cocktail of cowardice and venal interest deserve all the shit they get!

They are quite unworthy of the term opposition and they are more like Suicide Squad than a government on hold.

So fuck National, fuck them a thousand times!

Judith can’t ignore criticism from a Titan like Chris Finlayson! His harsh criticism of the current National Party fiasco cannot be ignored! His intelligence, wit, and opinion are the golden standard.

The only national MP I ever feared was Chris Finlayson and he was the only one I deeply respected.

His commentary is the obituary of this current National Party.

But that’s the why that’s so baffling.

Let’s not pretend that Grant’s sudden desire to turn Parliament into a Comedy Central Roast Battle was not driven by a panicked government on the back foot over his ill-conceived and ill-considered hate speech bill.

The backlash may not have been felt in the revival echo chambers, but Labor has not been roughed up by reporters as viciously as it has been in a long time.

We can all laugh at the side of Grant abandoning the usual mantra of kindness and going after National’s throat, but the real strategic reason for doing so is that the backlash from the free speech fiasco is huge and potentially damaging. on the political plan.

Grant had a good laugh, but during Question Time the hate speech vagueness was once again exposed!

The minister said the change was not a big deal and was simply cutting back on the old law.

The sentences go from 3 months to 3 years – THIS turns all hate speech legislation into a whole different world !!!

Of course there have been changes in the language and a ‘shrinking’, but the sentences have been increased to include more groups and it is now up to the police to define hate – it is not just a small one. change is to criminalize speech!

It was not the performance of a Party sure of the knowledge of a controversial political call, it was a very nervous pre-emotional strike.

Labor needs to radically change direction on this hate speech or it will hurt us. 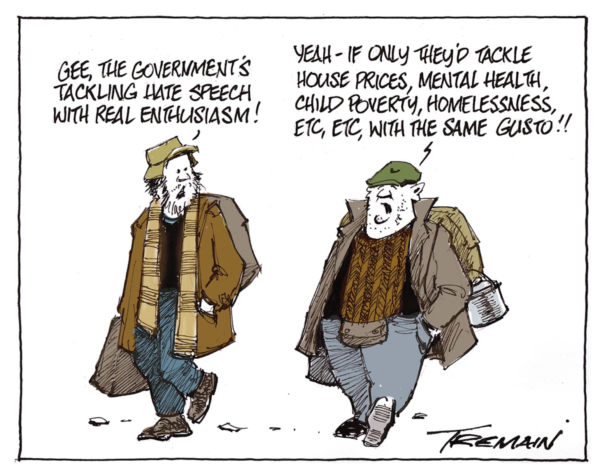