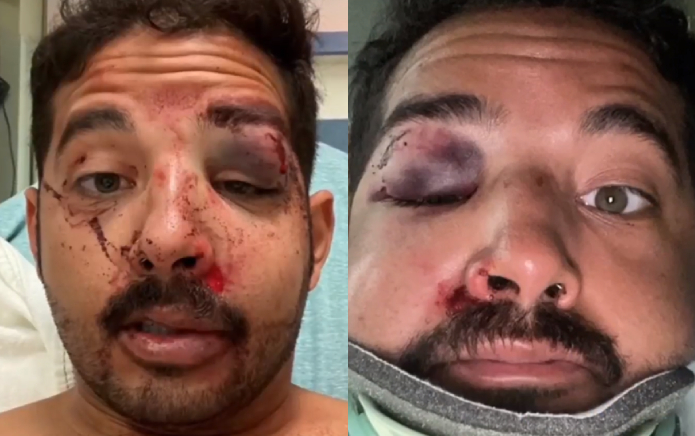 Content Warning: This story may include topics that may make some readers uncomfortable.

Gersson Saavedra remembers very little of his ordeal and remains in hospital as he recovers from his injuries.

“I was at the Cesar Chavez Park Pier in Barrio Logan,” Saavedra told NBC San Diego. “When we left the event, I fell behind my friends, Martin and Sunny.”

Saavedra’s friends help her piece together what happened the night of the attack.

He continued, “My friend said these two guys asked me for a lighter.

“The moment they like to turn around, I was getting, you know, a punch.

“I was basically touching the ground at the time.”

Homophobic slurs such as f **** t were shouted at the victim during the incident before the two culprits fled the scene.

“The first thing I remember when I woke up in the hospital bed was one of the doctors asking me if I was gay,” Saavedra added.

“I was like, that’s such a strange question to ask, but I said sure. And he said to me, ‘Okay, you’ve been the victim of a hate crime.’ “