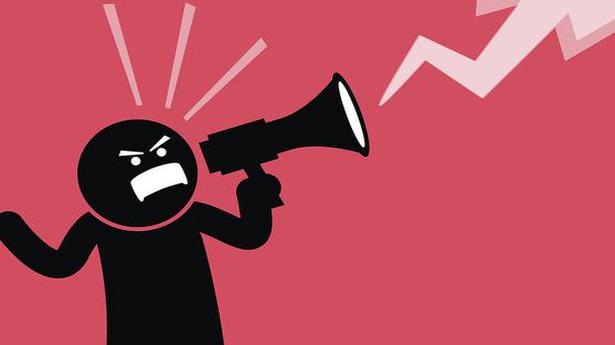 explained | What is “hate speech” and how is it dealt with in Indian law?

Do existing laws cover inflammatory and provocative speech? Should we toughen up the provisions?

The story so far: A recent religious conclave held in Haridwar was the scene of inflammatory and provocative speeches by Hindutva supporters, many of whom are leaders of religious organizations. Reports indicate that many speakers called for organized violence against Muslims and hinted at a Burmese-style “clean-up campaign”. There was a threat that if the government resisted the formation of a “Hindu Rashtra” there would be an “1857-like” revolt against the state. Political parties and concerned citizens have called the words “hate speech” and demanded legal proceedings against those implicated in the spread of hatred and violence.

What is “hate speech”?

There is no specific legal definition of “hate speech”. The provisions of the law criminalize speech, writing, actions, signs and representations that promote violence and spread discord between communities and groups and these are understood to refer to “hate speech”.

The Law Commission of India, in its 267th report, states: “Hate speech is generally an incitement to hatred primarily against a group of people defined in terms of race, ethnicity, gender, sexual orientation, religious belief, etc. , hate speech is a written or spoken word, signs, representations visible to a person’s hearing or sight with the intention of causing fear or alarm, or inciting violence . “

In general, hate speech is viewed as a limitation on freedom of expression that seeks to prevent or prohibit speech that exposes a person or group or part of society to hatred, violence, ridicule or indignity.

How is it treated under Indian law?

Sections 153A and 505 of the Indian Penal Code are generally considered to be the main penal provisions dealing with inflammatory speech and expressions intended to punish “hate speech”.

According to section 153A, “the promotion of enmity between different groups on the grounds of religion, race, place of birth, residence, language, etc., and the act of committing acts harmful to the maintaining harmony ”is an offense punishable by three years’ imprisonment. It is liable to a five-year term if it is committed in a place of worship or an assembly engaged in worship or religious ceremonies.

Section 505 of the IPC makes it an offense to make “statements which may be harmful to the public interest”. The statement, publication, report or rumor which is sanctioned under Article 505 (1) must be those which encourage mutiny by the armed forces, or cause such fear or alarm that persons are incited to commit an offense against the state or the public peace; or is intended to incite or induce one class or community to commit an offense against another class or community. This carries a prison sentence of up to three years. It is an offense under subsection 505 (2) to make statements creating or promoting enmity, hatred or malice between classes. Under subsection (3), the same offense will be punishable by imprisonment for up to five years if it takes place in a place of worship or in any assembly participating in worship or religious ceremonies.

What did the Law Commission propose?

The Law Commission proposed that separate offenses be added to the IPC to criminalize hate speech quite specifically instead of being included in the existing sections regarding inflammatory acts and speech. He proposed that two new sections, section 153C and section 505A, be added.

Its draft states that Section 153C should criminalize anyone (a) using seriously threatening words, spoken or written, or visible signs or representations, with the intent to cause fear or alarm; or (b) advocates hatred that incites violence, on grounds of religion, race, caste or community, sex, gender identity, sexual orientation, place of birth, residence, language, handicap or tribe. He proposes a two-year prison sentence for this and / or a fine of 5,000 or both.

His project for Section 505A proposes to criminalize words, or the display of writings or signs that are seriously threatening or derogatory, to a person’s hearing or sight, causing fear or alarm. or, with intent to provoke the use of unlawful violence against that person. or another. ”He proposes a prison term of up to one year and / or a fine of up to 5,000 or both.

Similar proposals to add sections to the IPC to punish acts and statements that encourage racial discrimination or constitute hate speech have been made by the MP Bezbaruah committee and the TK Viswanathan committee. At present, the Committee for Criminal Law Reforms, which is considering more comprehensive changes in criminal law, is considering whether to have specific provisions to combat hate speech.