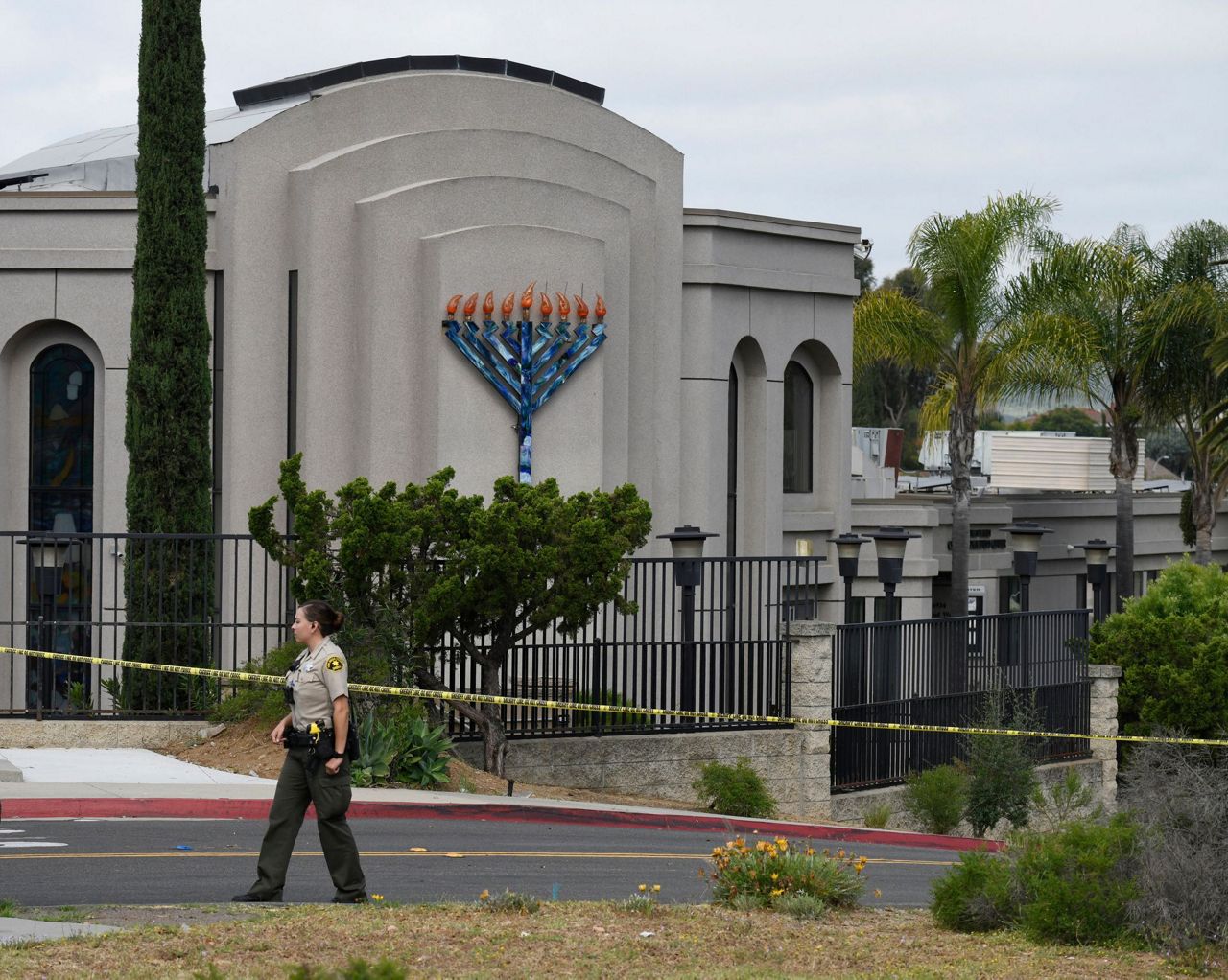 SAN DIEGO (AP) – A 22-year-old white supremacist was denied the opportunity to address a courtroom before a judge sentenced him to life in prison on Thursday without the possibility of parole for having burst into a Southern California synagogue on the last day of Passover in 2019 with a semi-automatic rifle, killing one worshiper and injuring three others.

A deal with prosecutors that spared John T. Earnest the death penalty left little suspense about the outcome, but the hearing allowed 13 victims and families to address the killer and gave a sense of finality. to a case illustrating how hate speech online can lead to extremist violence. Many have spoken of how their lives have been turned upside down and how determined they are to persevere despite such a devastating loss.

“I’m not going to let him use this as a platform to add to his stardom,” the judge said, highlighting comments Earnest made to police on his arrest, hand gestures towards the public at a previous hearing and his probation report.

Earnest, who was strapped to a device that prevented him from turning to the audience, showed no visible reaction during the two-hour hearing as speakers called him a coward, an evil animal and a monster.

A prosecutor asked Deddeh to reconsider his refusal to let Earnest speak after speaking to defense attorney about the substance of his words, but the judge did not budge.

San Diego County District Attorney Summer Stephan, who listened to victims from a front row seat, told reporters Earnest’s expected statement was “more spitting hate and propaganda” and that the judge had made the right decision. The prosecutor asked the judge to reconsider only to guard against any possibility that Earnest would claim to have been treated badly, she said.

Earnest’s court-appointed lawyer refused to speak to reporters. His parents did not attend.

Minutes after the shooting, Earnest called a 911 dispatcher to say he blew up the synagogue to save the Whites. “I am defending our nation against the Jewish people, who are trying to destroy all white people,” he said.

The San Diego man was inspired by mass shootings at the Tree of Life congregation in Pittsburgh and two mosques in Christchurch, New Zealand, shortly before attacking Chabad of Poway, a synagogue near San Diego, April 27, 2019. He was dating 8chan, a dark corner of the internet, for those unhappy with traditional social media sites posting extremist, racist and violent views.

Earnest legally purchased a semi-automatic rifle in San Diego a day before the attack, according to a federal affidavit. He entered the synagogue with 10 loaded bullets and 50 more on his jacket, but fled after struggling to reload. The faithful chased him to his car.

Earnest killed Lori Gilbert-Kaye, 60, who was beaten twice in the hearth, and injured an 8-year-old girl, her uncle and Rabbi Yisroel Goldstein, who was leading a service at the great Jewish holiday.

Dr Howard Kaye, Lori’s husband of 32 years, said he continued his rheumatology practice to help people heal, regardless of their history, in accordance with his faith, but that it was sometimes difficult to him and their daughter to continue. Lori was active in charitable work and sacrificed a banking career to raise their daughter, he said.

“She is a superior person and a wonderful woman,” said Howard Kaye.

Hannah Kaye said her mother was the victim of an “ancient hatred” of Jews. She recounted their last day together on a home visit from college in exquisite detail: their “deep and humorous conversation” in the car, a final hug as her mother dressed for services and how she was holding her mother’s head and telling her that she loved her like she was dying.

As she entered her seventh decade, Lori Gilbert-Kaye had many desires, Hannah said, including wanting to go to law school, ride a hot air balloon, and own a restaurant that served her father’s barbecue.

“She wanted to live another day, she wanted to survive,” Hannah said of her mother’s last moments.

Almog Peretz, who was shot dead with his 8-year-old niece, was emotionally unprepared to attend the hearing, but a Hebrew translator read his statement about how the episode killed “my body and my soul. “. He said his dreams are haunted and others now define him as a “victim of terrorist”.

“I have no motivation to see it through to the end,” said Peretz, speaking of work and friendships.

Earnest’s parents released a statement after the shooting expressing shock and sadness, calling their son’s actions a “terrifying mystery.” Their son was an accomplished student, athlete, and musician studying to be a nurse at California State University in San Marcos.

“To our shame, it is now part of the story of the evil that has been perpetrated against the Jewish people for centuries,” they said.

His conviction for murder and attempted synagogue murder and arson for an earlier fire at a nearby mosque carries a life sentence without parole, plus 137 years in prison.

Earnest also faces conviction in federal court on December 28, after pleading guilty after the Justice Department said he would not seek the death penalty. Defense lawyers and prosecutors recommend a life sentence.

Stephan, the district attorney, said the lawsuits in state and federal courts “make me sleep better at night.”

The attack was “racism, anti-Semitism and all kinds of hatred combined into one,” she said.

Copyright 2021 The Associated Press. All rights reserved. This material may not be published, broadcast, rewritten or redistributed without permission.