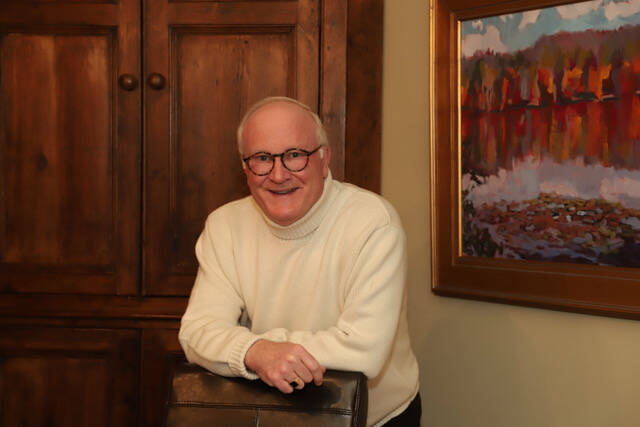 A story of justice and civil rights

Sometimes a novelist who is struggling to finish a book needs a little push, or a little encouragement, from someone close to him to finish his job.

This was the case with Pilot Mountain native Michael Almond.

Almond, an international business lawyer whose debut novel, “The Tannery,” is a legal thriller set in Wilkes County in the early 20th century, said the not-so-sweet boost came from his wife in spring 2020.

“I started thinking about ‘The Tannery’ and describing what the story would look like in 2004,” he said. “Lawyers are linear thinkers. For 16 years over and over again I was wrong with this thing, I researched.

Then one day in April 2020, as he faced months at home with stay-at-home restrictions during the COVID-19 pandemic, he thought that maybe, well, he did. had resolved.

“Listen Almond, you need to understand something, all your friends and I are tired of hearing about your research, hearing about your outlines.” You are in the middle of a pandemic now, you have no more excuse. Go up to your man cave and write that damn thing or shut up about it. “

So Michael Almond took his wife’s advice, retired to his man cave, and five months later had a complete 125,000 word story on his hands, though his approach to writing may have be a bit unconventional.

“I did this in one draft, because I would go up to my man cave every morning and start writing around 8:30 am, then come back down around 2:30 am.”

He would give his writing for that day to his wife and a group of advanced readers, who would review the work, noting any questions or inconsistencies or other issues they could see.

“Every day I incorporated the changes and then wrote more of them. “

He also hired a development editor, who helped him reduce the finished project to around 115,000 words.

The novel follows fictional lawyer Ben Waterman as he battles the Ku Klux Klan and “a relentless and ambitious prosecutor,” to prove that Virgil Wade did not kill Rachel Schumann.

Wade is a poor mixed-race teenager accused of stabbing Schuman, a prominent young Jewish woman, to death at the start of the Jim Crow era in North Carolina.

“It’s a murder mystery and a legal thriller, but it’s also a book about justice, about what justice means in Wilkes County at the turn of the (20th) century,” Almond said. “I chose the period very carefully because 1900 was a pivotal year for all of North Carolina and South. The dawn of the 20th century marks the transition from civil war, from reconstruction and post-reconstruction, to a descent into darkness.

That obscurity, he explains, was the rise of the KKK, voter suppression efforts to curb black votes and other violence against minorities, all in the shadow of the Wilington Massacare of 1898. While the main characters of “The Tannery” are fictitious, many historical figures of the state and the region are present in the work.

Published by Koehler Books of Virginia Beach, the book was released in hardcover, softcover, and ebook on October 19. Almond said the reception of his novel was pleasantly surprising.

“It’s become a gangbusters since then. I was in Pages Books in Mount Airy two weeks ago, we sold all the books she had on hand and had to go to my car to buy more.

This stop was part of a 40-event tour organized by Almond that began October 15 across the South. Amazon sales performed well, with the book ranking 5th in New Black and African American History Fiction Publications, 12th in Southern History Fiction and 17th in the category. historical detective stories.

He has an appearance scheduled for Tuesday at the Politics and Pros Bookstore in Washington, DC, where he will be part of an hour-long online show hosted by Emmy-winning novelist and television producer Jeffrey Blount. To view the program, visit https://www.eventbrite.com/e/pp-live-michael-a-almond-the-tannery-with-jeffrey-blount-tickets-207357581107?aff=erelexpmlt

The book is even in the running for a nomination at the NAACP Annual Image Awards in the Early Authors category.

Because his stop at Mount Airy was so popular, Pages Books asked him for a second appearance, scheduled for December 11 from 9 a.m. to noon, when he meets fans and signs copies of his novel.

For more information on “The Tannery”, Almond, or his scheduled appearances, visit https://www.michaelalmondbooks.com/