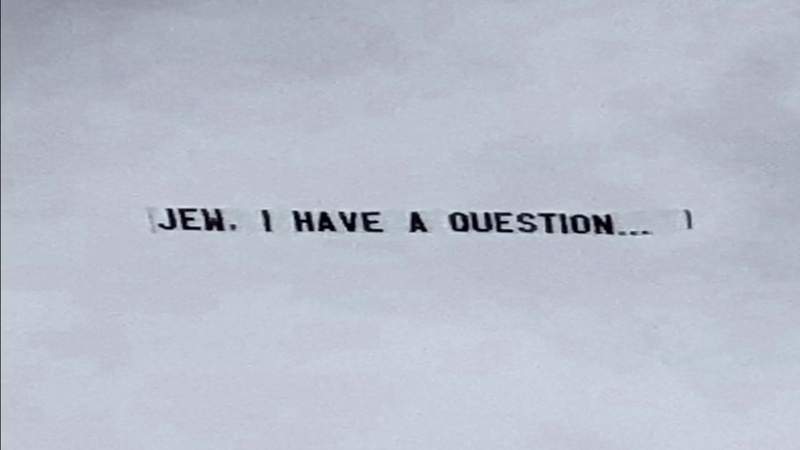 PEMBROKE PINES, Fla. – A banner plane seen over the weekend in South Florida has caused a firestorm on social media.

The message on the banner caught the attention of many people who have become accustomed to hate speech.

She called Pembroke Pines Police and even pulled out the North Perry Airport flight manifesto.

“I was shocked, like a lot of people,” she said. “Everyone’s sensitivities and alarm levels are set to such a high level when they see a banner that blatantly says, ‘Jew. I have a question.'”

The banner and the flight were from Aerial Banner, Inc. at North Perry Airport, where they told Local 10 News’ Glenna Milberg that it was in fact a proposal, as so many others, and a woman dubbed Jewish did not raise her eyebrows until an appeal from the Anti-Defamation League.

“It was like, ‘Wait, what? What are you talking about? ”Said Milo Srkal Jr. with Aerial Banners, Inc.“ And then after you sat down and thought about it, read a few things and explained it to us, it was like, ‘Oh my God .'”

The backlash for the banner comes amid a documented increase in anti-Semitic crimes, graffiti, vandalism and open hatred.

“The mind starts to jump at scary things,” Rez said.