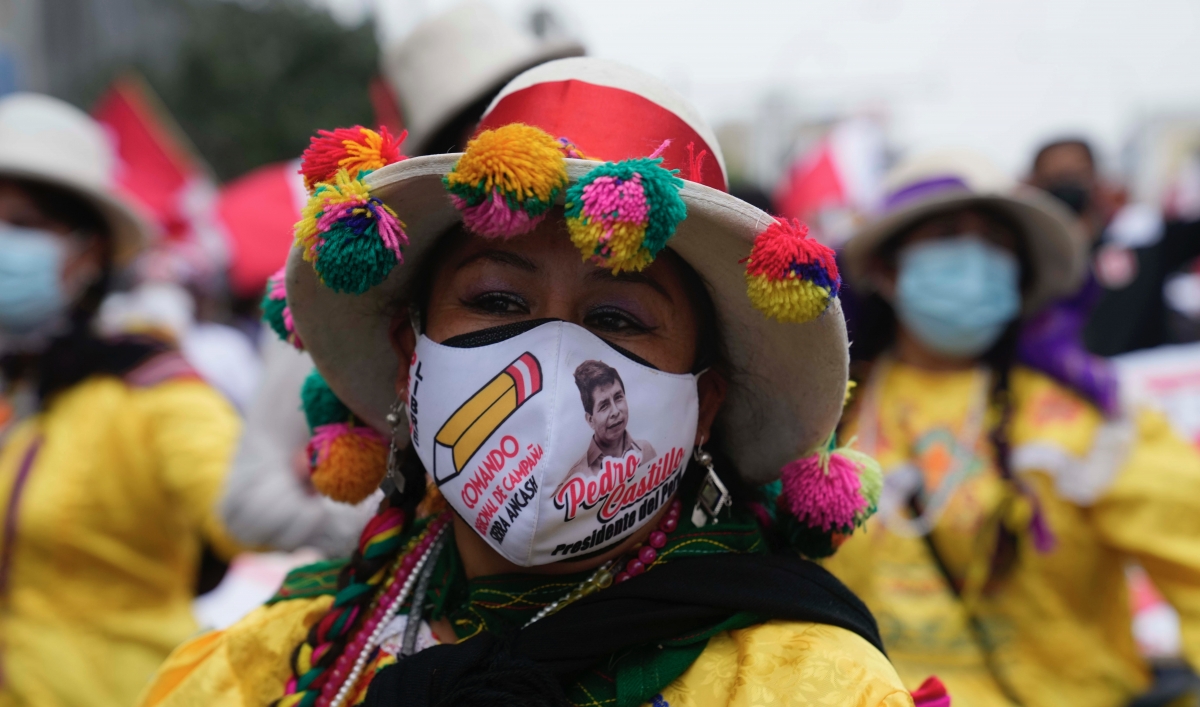 Socialist candidate Pedro Castillo has become the virtual winner in the still undeclared Peruvian presidential election of June 6, but for him and his supporters it is still too early to celebrate.

Castillo, who holds a slim lead over conservative Keiko Fujimori, has been the target of anti-Indigenous hate speech and rhetoric that escalates amid unsubstantiated allegations of electoral fraud.

Fujimori and his party have so far made unproven allegations of vote tampering, focusing on ballots originating from rural areas of the Andean highlands and the Amazon rainforest, where Castillo enjoys broad support among a large indigenous population. The complaints ignore Lima and other cities.

“We believe this is a racist strategy. They focus on rural and indigenous areas and far from cities in order to justify their claims. “

“We believe this is a racist strategy,” said Newton Mori Julca, researcher at Centro de Culturas Indígenas del Perú, a non-governmental organization that defends the rights of indigenous peoples. “They direct attention to rural and indigenous areas and far from cities in order to justify their claims.”

Related: Peru polarized by two social-conservatives in the second round of the presidential election

Peru’s hotly contested presidential election reveals a long-standing but rarely recognized problem in the country – a legacy of the marginalization of indigenous peoples, who make up more than 26 percent of the population, the culture ministry reported in 2017.

“I’ve never seen anything like it,” said Marco Avilés, a Peruvian writer and scholar who studies racism across the Andes. “White political and economic elites are very afraid of this candidate. “

Castillo held 50.4% of the vote against 49.6% for conservative Keiko Fujimori, with all ballots counted, according to the National Office of the Electoral Process. As election officials investigate Fujimori’s fraud allegations, the US State Department and other international observers have said the election is clean. The swearing-in ceremony for a new president is scheduled for July 28.

Castillo, a 51-year-old schoolteacher and farmer from the rural province of Cajamarca, campaigned to attract rural voters. He appeared in televised debates wearing a straw hat, arrived on horseback to vote for the first ballot in April and adopted the slogan “No more poor in a rich country”.

Castillo publicly identified himself as a working class person, and not as a member of any particular ethnic group. But he showed solidarity with indigenous Peruvians. He pledged to take more of the profits from the mining companies he says have “plundered” rural Peru and to use the money for health and education. He also proposed to nationalize the mining, petroleum and energy sectors.

Many conservatives fear that it will upend Peru’s market economy and drag the country into an economic catastrophe similar to what has been seen in Venezuela. But not all of his policies would be seen as center-left, Avilés said.

“He is a leftist conservative,” said Avilés. “He’s not for gay or transgender rights. It is not for abortion.

In April, when Castillo was hospitalized in Lima with respiratory complications, former Housing Minister Carlos Bruce suggested Castillo should have stayed in his native mountainous province. On the coast of Lima, racist jokes often imply that people in the mountains are inferior.

Bruce, referring to Castillo, wrote on Twitter: “It seems the abundant oxygen on the coast got to him because he is used to the limited oxygen in the highlands.”

Bruce then deleted the tweet without an explanation or apology.

On social media, critics of Castillo often use offensive terms to describe him, a Highlander.

Mid-June, an anonymous Twitter thread published an otherwise private group chat between two frustrated voters. The two men, 29, from Lima, according to corroboration from the Sudaca website, took issue with the overwhelming support Castillo received in the largely indigenous Andean regions of Peru.

One of them wrote: “In these places I will throw my garbage on the ground, spit in their streets, rape their wives.

One of the men lost his job after the conversation was published, Sudaca reported.

The history of anti-indigenous sentiment in Peru dates back to the period of Spanish colonialism, says Juan Carlos Callirgos, anthropologist and historian at the Catholic University of Peru who studies race and ethnicity. Until World War II, some Peruvian congressmen described indigenous peoples as beasts and not humans, while intellectuals argued that white Europeans were a superior race.

“Believe it or not, there were intellectuals in Peru who said these things.”

“Believe it or not,” Callirgos said, “there were intellectuals in Peru who said these things.”

Castillo’s opponent has also been the target of damaging comments. Some voters said they would not support Fujimori, a former Peruvian Japanese congresswoman, because of her origins, mistakenly claiming that she was not born in Peru.

Voters in the mountains say they identify with Castillo not necessarily because of his race.

Juan Chilon, a farmer from Castillo’s native province of Cajamarca, says he thinks the natives voted for Castillo because he personally experienced the national government’s neglect of rural and deep Peru.

And Chilon adds that he’s not worried about racist speech on social media. After all, he says, Castillo may not be able to beat racism, but he most likely won the race.