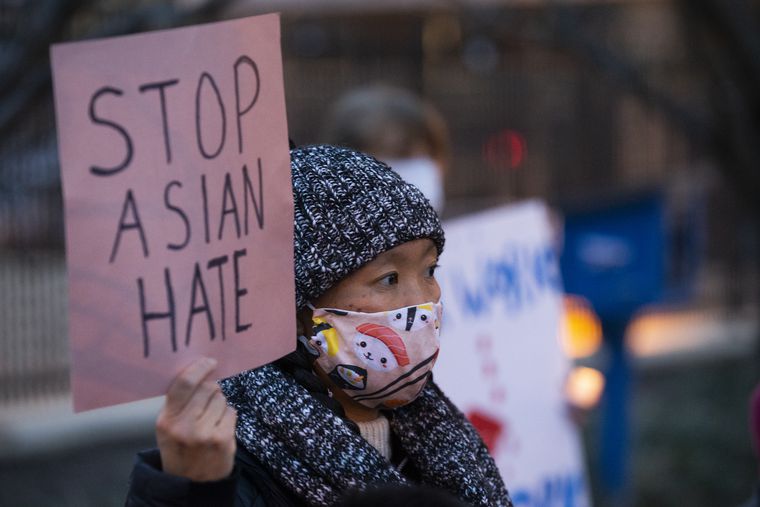 Cambodian leaders are warning people to be vigilant after receiving an anonymous letter whose author threatened to shoot Cambodians whom he accused of setting off fireworks in Mifflin Square Park.

The association plans to address the incident at a press conference at 3 p.m. Friday at the park. The letter was reported to Philadelphia Police and other investigative agencies, the association said.

The popular Sixth and Ritner Street Park is used by Philadelphians of all races and nationalities, the site for everything from art workshops to library programs – and occasionally fireworks.

Police said they had the letter and envelope and were investigating the threat.

Anti-Asian hatred flourished with the coronavirus pandemic and was thrilled by former President Donald Trump – the fatal shooting of six Asian women in Atlanta occurred on the first anniversary of her first “Chinese virus” Tweeter.

In Philadelphia and elsewhere, some residents have started wearing special yellow whistles in case they need to call for help. People signed up for self-defense courses.

Hateful incidents increased by 194% in the first quarter of 2021, compared to the same time a year ago, in 22 major cities and counties, according to the Center for the Study of Hate & Extremism at California State University, San Bernardino. The total number of incidents reported to police in these places rose from 36 to 106, although many are not reported to authorities.

The typed one-page letter that was sent to the Cambodian Association’s office in South Philadelphia was dated June 30, but was not opened until July 5, due to the July 4 bank holiday weekend. .

Its author said Cambodian residents who use the park set fireworks at all hours, preventing him from sleeping. He wrote that the tour of the Marines in Iraq and Afghanistan had left him with traumatic stress disorder and that he owned multiple firearms.

“I want to take a gun and go over there and kill these people. … I’m writing to let you know when I’m panicking and trying to kill these people it’s your fault that you didn’t encourage them (it’s in their best interests) to stop doing this and stay alive !

The association declined to release a copy of the letter, which was obtained elsewhere.

“It’s targeting. It’s specific, ”said the association’s general manager, Sarun Chan. “This is blatant racial intimidation and a threat to our community. “